On the 7th September, in an 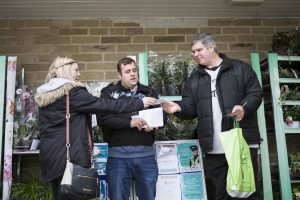 initiative commissioned by Safer & Stronger Communities Bradford, representatives from Arch, a registered charity that seeks to enable individuals to find meaning in their lives, collaborated with the Shipley Ward Police and a Council Ward Officer on a mission to promote the recently established Bradford Cares initiative. They set up at both the CO-OP store in Saltaire and Shipley’s ASDA and took the opportunity to discuss perceptions of homelessness and begging with local businesses, and to inform people on the more positive ways to give to those who sleep rough and are forced to beg.

The Bradford Cares initiative aims to tackle rough sleeping and be 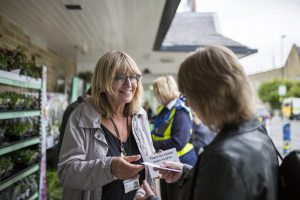 gging across Bradford by uniting over 30 organisations and services that work to reduce homelessness, promoting their work through streetsupport.net. The platform will run in conjecture with a promotion campaign that intends to take more people off the streets and into accommodation, thus reducing the number of rough sleepers in Bradford. The action taken in Shipley aimed to spread this message.

Baildon’s Council Ward Officer Paula Truman was involved on the project and found that while the information offered was “generally well received” she met some shoppers who “felt that homeless people were not getting any support”. She expressed positivity regarding the action she and her Arch colleagues were able to take in a short period of time, stating that “it was good to be able to advise them of support services available”. She also found that the event was a good opportunity “to give people some advance information on the Bradford Cares scheme”. 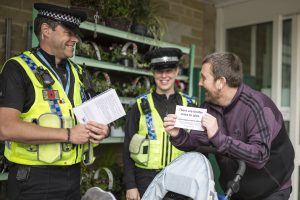 On speaking to Trueman the positive impacts of the initiative were almost immediate: on this one day of promotion and discussion in Shipley a rough sleeper and beggar was supported in visiting a housing provider, and subsequently secured accommodation. Trueman described how the young man had previously spent a lot of time outside the Co-op, and had “previously refused help but has now decided to try and turn his life around”. The Bradford Cares scheme aims to spread information regarding the services available to those without a home, and promote the available services that can provide support for the homeless.

Profiles of the Involved Initiatives:

Arch Initiatives is an organisation based in Bradford that aims to help individuals find a place in community by dealing with the barriers they face as a result of health and well-being issues.
https://do-it.org/organisations/arch-initiatives-bradford

Bradford Cares is a council-backed initiative that works to tackle rough sleeping and begging, and has established an accessible forum that allows services to broadcast their work.
https://streetsupport.net/bradford/