How a new initiative is helping to tackle homelessness through multi-agency collaboration and alternative giving.

An oft-grumbled criticism of society as a whole is that we don’t do enough, collectively, to tackle the problem of homelessness. In many instances, we may be able to find examples that suggest this is true. However, in the case that follows, we can see that there is just as much truth in the notion that we can fix this problem if we work together on a multi-agency basis. There is help out there if we know how and where to look. As it says in the Manchester Homelessness Charter, “co-production is at the heart of everything we do”.

An elderly male was living in dire conditions and, after being handed a 4-week eviction notice due to the landlord wanting to sell the house, was left living on the streets. In the interests of confidentiality, we will not reveal any information that could identify the individual. Without going into specifics, he was being financially exploited via an unnecessary insurance scheme as was continuing to pay rent for the property he was forced to leave. This was somebody who worked but was also vulnerable due to his age as well as a deterioration in his mental health.

It would be nice if we could say that this is unusual, but it isn’t. Sadly, there are people on the streets – or within the spectrum of hidden homelessness (i.e. sofa-surfing, living with relatives in unsuitable conditions) – that fall into many different demographics, challenging some of the assumptions made by people when it comes to homelessness. Stereotypes may suggest that the majority of people that “end up” on the streets in some way due to their own will alone or as a result of drink & drug abuse. The latter is true in many cases but very much untrue in so many others, such as in this case.

Fortunately, with thanks to the Stop, Start, Go (SSG) initiative in Cheetham Hill, this individual was able to find a safe and secure home. He was in the right place at the right time and presented as homeless at the Town Hall after receiving advice from people there. They were able to refer him onto SSG, with thanks to the Booth Centre. On the day that I went to visit SSG to discuss this case, I was told that there was an element of luck to this.

Earlier that day, I had spoken to a police officer that praised Street Support but said that perhaps we could all think differently about how we refer people to services, based on his work on the front line – could this be done digitally? This warrants a discussion in its own right but it is important to know that, if this individual did not happen to get the right advice at the right time, he would have been faced with an incredibly difficult situation and that we could perhaps all think about how referrals are made, so that vulnerable people do not fall through the cracks when they do not know where to go, who to speak to or how to ask for help. 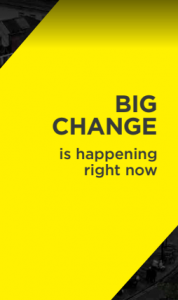 The SSG team, after placing him into supported accommodation, were able to solve his financial difficulties and ultimately managed to help him find a suitable place to live. A key idea behind the SSG project is to redirect finances in order to spend them with the purpose of getting people into stable homes – this is a practical alternative to placing individuals into expensive supported accommodation that can cause difficulties for them when they do find work, because the rents can end up becoming unaffordable.

SSG places emphasis on what is effective and sustainable when finding secure accommodation. The service offers a sheltered aspect as well as a short-term accommodation arrangement for working people that have become homeless. Early intervention is crucial, as is communication and, importantly, alternative giving. As we have said before, giving money to people on the streets can facilitate the cycle of homelessness (please read here for more details). The processes that lie behind the success of SSG are underpinned by giving money to responsible organizations with the aim of becoming more efficient at dealing with homelessness. Passion is at the heart of what SSG do.

The project couldn’t have gone ahead without the effort of multi-agency collaboration. All aspects of funding were crucial and the SSG project would not have been able to help the individual discussed previously without the partnership.

Big Change Manchester was vital in supporting this individual and his move into secure accommodation through an alternative approach to tackling homelessness, based on what is effective & sustainable. Once accommodation was secured, Big Change were able to provide £968 to help kit the place out. SSG itself was made possible thanks to funding from the Mayor’s Fund, the Edward Holt Trust and Manchester City Council. Working together is key in providing opportunities that are dependent on having a robust support system in place. 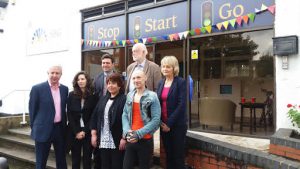 The quick turnaround (4-6 weeks) at SSG relies on a responsible allocation of resources and it aims to be a preventative system when it comes to the problem of entrenched homelessness. Stay in touch with Street Support if you would like to find out more about how you can help in our mission to tackle homelessness. Click here to give to Big Change Manchester and please contact us to find out more about SSG, as well as information about donating to the project.