Written by Rachel Yates from the JustLife Foundation

Everyone who works with vulnerable people has their one, the first death or the one which made the most impact, mine was Kevin. It was the shock of Kevin’s death which stuck with me as it was completely unexpected, he was starting to get help… 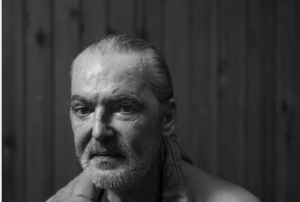 It was a usual Autumnal Thursday afternoon in Manchester — cold and windy. A man walked in that I hadn’t met before, which wasn’t unusual as I had only been in the role a few months, “Hi Kevin” a few people would say, “Morning” he would reply in a quiet and unassuming sort of way. I wasn’t sure if I wanted to speak to him at first, as he looked fixated on reading the paper and then moved on to complete multiple word searches. I eventually went over and sat down next to him. He was tall but slightly stooped, he had long grey hair, neatly tied back in a pony tail, a neatly trimmed grey beard and very kind eyes, ones which you know had seen a lot, maybe a little too much for one lifetime. He wore a long green coat and well-worn workman’s boots. We started talking; little did I know that this man would be in my thoughts forever and become one of the reasons I do what I do.

Over the next few months I would see Kevin in drop-in about once a week, where we would play bingo, do quizzes and discuss various life, social and political issues — he liked coming in to have a “proper conversation”. On this one occasion he told me about where he called home, where he had lived for over 10 years, where he wanted help to move away from and the reason he came to Justlife in the first place. He described his room as being cold, damp, moudly and infested with bedbugs, cockroaches and mice. He had no curtains, limited hot water and the same greasy breakfast every morning. Kevin’s home was one of the worst homeless B&Bs in Manchester.

He told me he wanted to “get away from all the drugs”, but found it difficult with other residents constantly knocking on his door and offering him drugs on a daily basis. All he wanted was to live somewhere safe and supported in order to reduce his drug intake. His physical and mental health was seriously affected by his poor and chaotic living environment. He seemed stuck, helpless, lost in the system which was failing his every need — if only we could get him moved out of there he would be okay.

Before we could move Kevin, he sadly overdosed. He was found dead in his infested room by one of the residents, I had only known him for a few months. An end which has become far too familiar and to which I have become numb.

Kevin was a kind, polite and funny man, who I won’t forget; but apart from Justlife staff, I am not sure how many, if any, will remember him. Kevin’s brief but meaningful impact on my life changed my perspective of why I do the work I do, we simply can’t have another end like Kevins.

Kevin is one of 51,500 people estimated to be living in appalling B&Bs across England. These are human beings, mothers, fathers, daughters, husbands, friends. Many don’t have the power to make change, but we need to give them a voice so that we don’t leave another person, like Kevin, suffering — homeless, hidden and alone with no choice.

I wanted to share Kevin’s story so that more people are aware of the reality of living in a B&B — these people should be recognised as homeless and included in national and local homeless policies. They should not be hidden and ignored. They need to be counted and recognised as the hidden homeless. Manchester is including these people in their homelessness policy — all other local authorities should do the same. Homelessness is much more than rooflessness.

When I think of Kevin now, I think what a way to end a life, if only we had got him out sooner, if only legislation was different meaning that he wasn’t so hidden, forgotten, isolated. But it makes me appreciate the people who we can help, who we can move on, who we can offer a little bit more support to. Those are the ones we need to change the future for. But it always makes me think that there will always be a Kevin out there, who is in need of help just as much, it is only a matter of time. We need to keep fighting on.