Everyone’s journey into and beyond homelessness is different. Multiple societal factors, multiple life situations and backgrounds, with multiple outcomes, underlining the fact that sometimes the system works and sometimes it doesn’t. And sometimes it’s a mix of the two, as is the case with Adam. Here’s to Adam and a brighter, more stable and happier future. 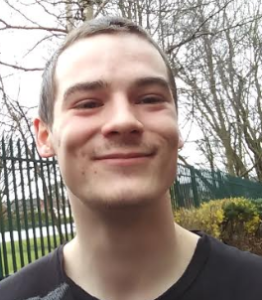 Adam went into care at a young age but was fortunate enough to have been fostered by a supportive family. However, when Adam became older he was moved into supported accommodation. As a young man of 18, Adam found it difficult to live by the accommodation rules and was asked to leave. After living with various friends, Adam took to drugs and alcohol as a relief from his situation. With assistance from Salford City Council’s Leaving Care Team Adam was referred to supported tenancies. But as can so often happen, Adam was placed into temporary accommodation but was then found to be intentionally homeless as he had been evicted from his last settled accommodation.

Adam tried to appeal this decision but the decision was upheld.

Adam was then street homeless, living in and around the city centre where he was regularly robbed and attacked. Reconnecting with supported tenancies, he was then referred to the Narrowgate Shelter whilst waiting for a bid on a property and for this accommodation to become available.

Adam now lives in his own home with regular support from Salford City Council. He has developed a keen interest in criminology and hopes to study this subject at Salford University. He now feels more settled and positive about his future.

With thanks and acknowledgements to Adam, Neil and Shahla