The Beds, Begging and Business Conference last year has led to the formation of a partnership approach to tackling rough sleeping, drawing together organisations, businesses and individuals that care about tackling the level of rough sleeping in Southampton. This partnership is called the Southampton Street Support Action Group. During 2018, the partnership launched the StreetSupport Southampton website and App showing how people can find help for those that are homeless as well as give help.

This April, we are organising a summit to gather anyone who has already pledged support to the partnership and for anyone else that cares about this issue. Please join us in the vision, which was set out in our recently launched Southampton Rough Sleeping and Begging Charter.

At the summit, we will update on progress from the working groups since the charter was signed on 24th September 2018. This will include the additional bed spaces, welcome bags for those accessing hostels and the plans for move-on accommodation. A further concern is how to increase the emergency bed provision for next winter. 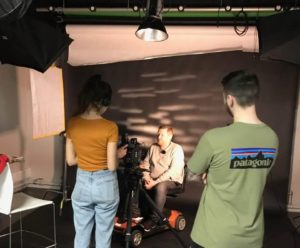 We are meeting at Southampton Solent University because several of their students have been working with us to co-produce a film showing behind-the-doors footage of the work in Southampton to support those who are homeless. The new short film will be screened at the summit.