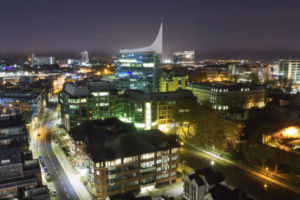 The number of people sleeping rough in Reading has fallen in a year but still remains a huge issue, council bosses and charities say. An annual count of rough sleepers by Reading Borough Council found 25 people sleeping on the streets in November 2018.

This is a fall from the 31 recorded in the same month in 2017. However, this is far higher than the six people found in 2010.The council says changes to the way it runs its services for those at risk of homelessness and rough sleepers is in part responsible for the reduction.

The new services allow a fast response to help rough sleepers, as well as additional resources from the Ministry of Housing, Communities and Local Government (MHCLG). For the count, which was held on Thursday, November 1, five teams including council staff, local councillors, staff from voluntary organisations and local businesses and St Mungo’s outreach service identified homeless people in the town.

They say 40 per cent of the rough sleepers had no connection to Reading, Berkshire. The council says most of the people they found are now accessing various types of accommodation or working to come off the streets.

The government wants to halve rough sleeping by 2022 and eliminate it by 2027.

The council says there are many reasons why people end up sleeping rough, with factors including housing affordability, changes to Local Housing Allowance, welfare reform and problems relating to mental health, drug and alcohol abuse. The council changed its homeless strategy in August last year.

The new Homelessness Support Services include: 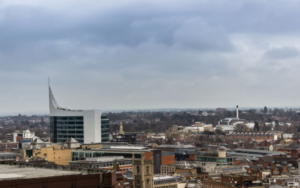 John Ennis, lead councillor for housing, said: “The reduction in the number of people found sleeping rough in this year’s count can partly be attributed to the new Homelessness Support model which allows for a rapid response to rough sleepers, including emergency bed spaces. Additional funding from the MHCLG has also directly affected the number of people sleeping rough due to increased outreach workers and emergency bed spaces. A greater focus on preventing homelessness and helping people retain their homes has also had good results. However, we are in no way complacent about the degree of homelessness and rough sleeping in Reading and will continue to work with our partners to tackle this complex issue.”

Chief executive of homeless charity Crisis, Jon Sparkes said: “It’s a damning reflection of our society that night after night, so many people are forced to sleep rough on our streets, especially when we know that with the right commitment, rough sleeping could be ended for good. Living on the streets is one of the most dangerous experiences anyone could face. Not only will rough sleepers experience extreme isolation and often severe weather conditions, but we know they have a high risk of dying young and our own research shows they are 17 times more likely to experience abuse than the general public. No one should have to live like this.”

West Berkshire and Wokingham both also saw a decrease in the number of rough sleepers – down from 20 to 18 in West Berkshire and 10 to seven in Wokingham. The number has remained stable in Windsor and Maidenhead (at 11), and increased in Slough (up from 27 to 29) and Bracknell Forest (six to 19).

By Hugh Fort and Annie Gouk