“Bloody homeless addicts – displaying their sickness in public – what about the children?” 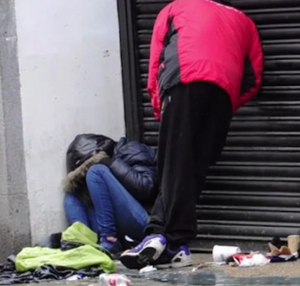 “Let’s fine them, that’s a good idea, they’ve got no money, but we like to squeeze dem dry sponges, and if they can’t pay. we can have them put in prison, then when they are released with nowhere to go, we can just carry on ad infinitum, what a solution…..
….and the bonus is they’re easy targets, vulnerable AND state law breakers. They are like a gift to us to make us look busy, the general public love to see a busy council response.”

“It’s not like we haven’t tried to be compassionate, but if they can’t be bothered to attend drug support appointments that we have set up for them despite our busy schedules, then we take away the carrot and introduce the stick.” 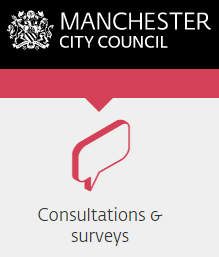 Above is a realistic perception of those who will be on the receiving end of the proposals in the Public Space Protection Order (PSPO) consultation devised by the MCC’s Neighbourhood Team. I mean it all depends on who is reading and interpreting that particular ‘piece of work’, but for myself and for some of those I work with it is the message to people who struggle with the overwhelming and life threatening pressure of drug addiction and homelessness.

An MHP (Manchester Homelessness Partnership) focus group was held to discuss the PSPO. The consultation is now closed but please please take a moment to read City Centre Public Space Protection Order – Identified Behaviors to make up your own mind as to whom this Order is aimed at. The plan for the criminalisation of the discarding of needles was the muse for some highly emotive discussion. Amongst the points of view there were some radical, outside the box and left field suggestions that we approach this issue with compassion.

‘Come back’ we implore as the respectable, upstanding members of society who don’t like to be ‘next to’ visible consequences of poverty storm out of the room at the mere suggestion of support,as opposed to punishment. Some ‘out there’ quotes and suggestions to avoid criminalising and stigmatizing homeless addicts were;

‘Rather than further criminalising some of the most vulnerable people in society, would it not be financially and ethically beneficial to provide safe and supported places for injection and needle exchange?’

This last statement is in no way a new idea. It has been the obvious key that fits the lock identified by all concerned. Indeed its an approach that has been tried and proven to have positive life saving results, see the link below for solid evidence of this;

With the Manchester Worker Bee in my proverbial bonnet (though my irritation more resembled a wasp), I shared the above link and notes from the Focus groups we held on the PSPO/support for substance misuse and homelessness with some major players around addiction in the city, as well as people who have insight into homelessness. It seems like everyone believes it to be a worthwhile, indeed life-saving pursuit for the city to undertake. However as most of the feedback I received suggested , this is not a new idea and is also ‘illegal.

‘……definitely more places needed for people using substances, and i dont see ABEN filling that gap (at least not fully)’

‘Its so clearly more is needed for people with different needs. BTW the GMP rep at the data meeting for ABEN today said 95% of those arrested for begging are using substances, and they cant get most of them in anywhere suitable (ABEN didnt help).’

‘Could the funding be found from businesses? I was put in front of a group of businesses and I was promptly toasted! Hoteliers complaining about drug use close to their premises. NCP saying they have loads of complaints about people taking drugs in their car parks.’

‘Personally love to have them (supervised consumption sites) but they are still illegal at moment, and then we’d have to find the money for it ! ……. It’s on my wish list though’

‘Has there been any mention of using some of the cash for A Bed Every Night (ABEN) for one of these spaces as a trial? I wonder if MCC would be open to giving temporary permission if this was the case?’

‘It’s something that has been talked about for a long time. This would need to be a service commissioned by the council as part of the drugs budget and so they would be the people to start to talk to about it.’

As the above quotes suggest there is a large consensus towards the idea of supervised consumption, yet are blocked by the barrier of the legality. This link below has some interesting insight on how the legality question can be navigated: Are Drug Consumption Rooms Likely? (BBC)

A number of countries have found ways around the obvious legal difficulties, and drug law experts in Britain don’t think these are insuperable barriers. Rudi Fortson QC, a barrister expert in the field, believes that, even without a change in the law, local police and other agencies might sign a joint agreement in which “discretion is sensibly and pragmatically exercised in the interests of personal and public health and welfare”. He notes that the courts “will not lightly interfere with the exercise of discretion that was reasonable and rational’

To round up this piece I feel it’s important to say that many of us arrive at the idea of supervised consumption in our search for a more compassionate and supportive response to those who suffer from drug addiction and homelessness. I use the word suffer because this level of drug use is not ‘fun’. It is a self destructive illness that is beyond the control of those it effects.

The PSPO proposals that target those who struggle with this affliction has raised the common sense antithesis, which is in some way comforting, and highlights that there are an equal amount of carers as those who seek to criminalize.

There is an overwhelming sense of goodwill in this city that desires a more creative solution to this issue. Sadly, as is usually the case, it is ultimately the small amount of privileged influencers that will have the final say on how we respond to an affliction that affects the afflicted, the city and its inhabitants.

Thanks for your time and continued support.