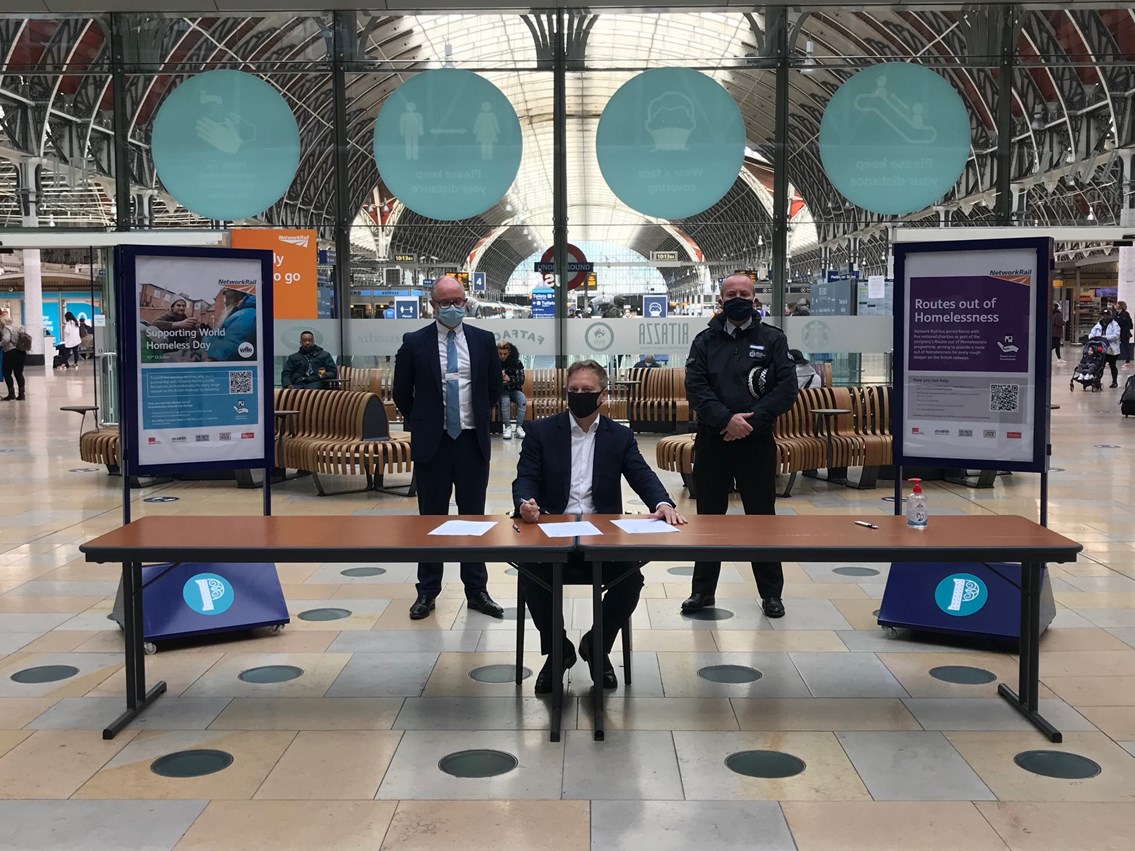 Over the last year, Network Rail has been developing its Routes out of Homelessness programme in line with the Government’s ambition of ending rough sleeping within this parliament. Routes out of Homelessness, which aims to tackle rough sleeping at Manchester Piccadilly and Birmingham New Street stations was officially announced on Thursday 08 October by The Department for Transport.

Network Rail has been working in close partnership with local agencies such as The Big Issue Foundation, Crisis, End Youth Homelessness, Railway Children and Shelter to focus on this important societal issue. They hope the five-year focus on the cause will mean more opportunities for sustainable and meaningful partnerships in the future.

The aforementioned organisations and many others are doing great work to tackle rough sleeping in Manchester and across the country. The Routes out of Homelessness programme is intended to complement this work and rest upon three pillars: The Rough Sleeping on Rail Charter; Rough Sleeping Station Plans and Shelter Outreach pilot schemes.

The national Routes out of Homelessness initiative will feature a number of events to raise awareness for the charities, as well as fundraising and a new outreach programme at stations to support the government’s ambitions to end rough sleeping. As an example of how the initiative has helped so far, in February, Network Rail hosted their second annual sleep-out event, sponsored by infrastructure contractor VolkerRail. The sleep-out took place at stations including Manchester Piccadilly, Glasgow Central and London Bridge, saw 300 participants from across the industry take part and raised about £150,000 for Railway Children.

Andrew Haines, Chief Executive of Network Rail, said: “We know that homelessness is a real problem and many vulnerable people are drawn to the rail network. We are committed to working with communities and charities to improve how we work together to address the challenges involved in supporting some of the country’s most marginalised people.”

Murals representing each of the charities were unveiled on Thursday 8 October at Glasgow Central, Leeds, London Charing Cross and Manchester Piccadilly to mark the occasion ahead of World Homeless Day which took place on Saturday 10 October. A piece was also created live by artist and Big Issue vendor John Cahill at London Paddington and will be installed in Reading station’s new Assisted Travel Lounge when it opens in 2021.

The Government understands that this is a nationwide issue that cannot be solved by simply moving people on. These Shelter-led pilots will bring together station staff, retailers, local authorities and enforcement to provide proper support to vulnerable rough sleepers. The Department for Transport is hopeful that the Shelter pilots being introduced at Manchester and Birmingham will later be expanded to help bolster ongoing efforts to tackle the blight of rough sleeping.