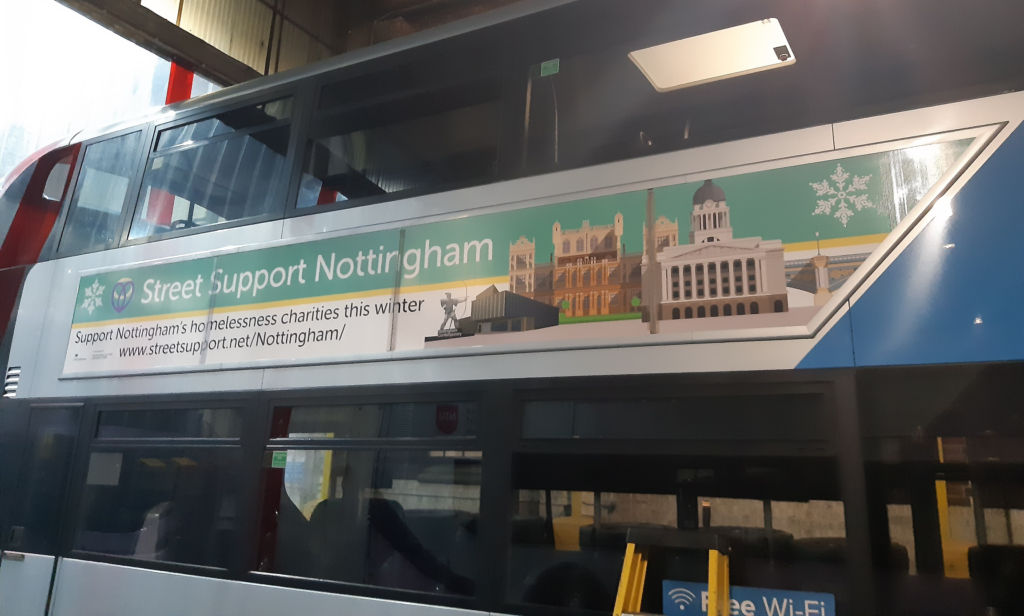 More than 15 charities that support homeless people across Nottingham and Nottinghamshire have teamed up to launch Street Support Nottingham this December.

Throughout December numerous Nottingham City buses are carrying large banners advertising the service to the city’s citizens. However, because of the disruption to the city centre and other shopping high streets, we have adopted an alternative to posters and leaflets to raise awareness of the new service. Business cards carrying the site’s details are being distributed to people needing support and to those wishing to give support. These cards will accompany every copy of the Big Issue during December and will be available at the front desk of every library within the Nottingham urban area for the public to take. Paul Scotting, chair of the Nottingham Homelessness Voluntary Sector Forum and lead in setting up SSN said “ These cards are the key to making Street Support Nottingham part of the City’s culture. We want every single person who wants to help, to have one of these cards tucked away in their wallet or phone. And we want every single person who needs help to know that Street Support Nottingham is how to find it”. 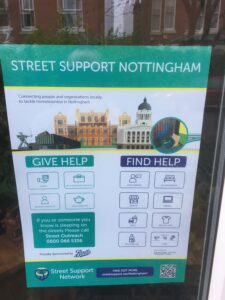 Ben Talbot, CEO of the Friary drop-in centre in West Bridgford expressed some of the enthusiasm for the initiative among the voluntary and faith sector.  “I can say with certainty that it will be of huge benefit to the lives of homeless people and will improve markedly the overall effectiveness of the organisations like ours that support them.”, he said, ”I have no doubt [it] will play a significant part in helping to reduce rough sleeping across the City and wider area.”

The scheme has the full support Nottingham City Council. Andrew Errington, Nottingham city’s Director of Community Protection said “The site is comprehensive and easy to use … it will be an asset to helping those sleeping rough”….” this will be a useful tool for agencies involved in supporting those facing homelessness and getting them the right support as quickly as possible.” 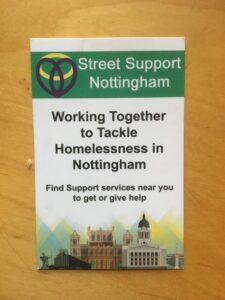 The initial finances to launch this initiative were provided by a grant from the National Lottery Community Fund. Paul Scotting also reported “we have just heard that the Boots Charitable Trust will be sponsoring the site for an entire year.” “Boots, a company synonymous with Nottingham, is a major employer in the city giving work to many who otherwise might find themselves homeless such as ex-offenders (via the Clean Sheet scheme) and refugees, so we are particularly glad to have them as partners in Street Support Nottingham”