As I step down as CEO of SVS I was asked by the Street Support Action Group with which I have worked since its inception to write some personal words about why housing and homelessness issues are of such importance to me. 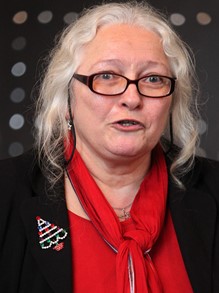 Undoubtedly my interest has been forged by three things – firstly personal experience of homelessness and housing insecurity , secondly work around the issues and with homeless people during the early part of my career and finally an absolute belief that in one of the richest countries in the world it is a national scandal that such a basic human need is unfulfilled and so many people are homeless.

My personal encounters with homelessness were whilst a student in Norwich where having been in student residences in the first year it proved absolutely impossible to secure any rented accommodation during my second year. This almost resulted in me dropping out of university and was an extremely stressful time but was resolved by a few of us forming an organised squatting group which took over an old Victorian terraced house in an area which was owned by the LA and boarded up awaiting redevelopment at some indeterminate date.

Needless to say, the local residents were initially suspicious of a bunch of student squatters but we worked hard to build their trust and confidence in several ways. Firstly, we ensured we regularly bought all our cleaning products from the local corner shop where the lady shopkeeper could tell the neighbours that we were at least clean rather than dirty students !  Secondly, we registered with the LA and paid our rates ( and let the shopkeeper/ community gossip know this ) so we weren’t seen as scroungers and lazy students and lastly several of us volunteered at the local adventure playground where some of the families still living in the yet to be compulsorily purchased properties got to know us.

So, by the end of the year not only had we completed our 2nd year and managed to find a rented place for our 3rd year but we had also helped set up several other squats in the boarded up houses and we also had local resident telling us where the next houses were due to be coming up so other students could use the short term. The house had electricity still which we used for cooking, heating  and boiling kettles to wash etc as there was no boiler or hot water system so showers were taken at the shared shower blocks at on campus residences so it was a tough year but one in which I learnt much about organizing and community involvement through practical experience and whilst not at the most acute end of homelessness leading to street sleeping it was a very insecure and unsettling experience for a teenager away from my family home.

My other spell of housing insecurity was perversely when my late husband and I actually owned 2 houses – but for long and complicated reasons due to moving to Leeds and back very quickly meant we could live in neither whilst sales went through a long-winded process and we were still paying a mortgage of 18% on the first and an even higher bridging loan on the second so couldn’t afford to rent anywhere else.

Thus, I found myself 8 months pregnant living with my in-laws for a month over Christmas with my home packed in their garage and then when my son was born in January for a further 8 months we lived with my parents in my childhood bedroom with our new baby until the sales went through and we eventually could buy another family home.  Whilst it was a clean and loving home with doting grandparents it was still a highly stressful , cramped situation which was a far from ideal introduction to new parenthood and made me acutely appreciate the very difficult situation for any family in insecure and temporary housing where you live from day to today , can’t settle and especially where conditions are more likely to be  much less savoury and supportive than in my parents home.

The second impetus to my concern around homelessness came whilst I was the cities Resettlement Unit Replacement Implementation Group Co-Ordinator in the 1980’s. This snappily titled role saw me working for a multi-agency group chaired by SCC Assistant Director of Housing and implementing a 105 bed 3 tiered scheme of provisions to replace the then DHSS ‘Spike’ an 85 bed open dormitory hostel. I undertook the planning and housing development work alongside the Society of St James SSJ , Hyde and St Dismas ( now Two Saints ) which led to Patrick House being redeveloped from the old Spike, 5 shared houses set up under SSJ and then Jordan House an innovative self-contained scheme of flatlets with shared living spaces. 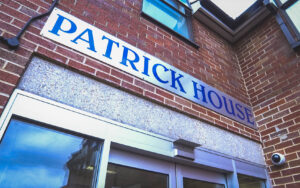 Once the units were ready I also worked with residents living ( existing) at the Spike on their resettlement plans to help them move into the new properties as they became available which included involving them in choosing their furnishing and bedding etc as well as in life skill development including cooking and budgeting etc to help move them on from institutional accommodation to their own homes. Not without its ( rightful) challenges, but richly rewarding and profoundly humbling to get to know and work with people who have been homeless for so many reasons and with whom you build a relationship of mutual trust.

This experience taught me many things – firstly that anyone can rapidly find themselves alone and homeless in the wrong set of circumstances and there but for grace go any of us, second that you should never judge a book by its cover and that homeless people have rich life stories and experiences if you take time to listen , but also that addictions, mental health issues and lack of personal or emotional resilience combined with scarce and inflexible services can result in revolving doors for many people.  Solving homelessness or helping people resettle and rebuild their lives or community connections means therefore it’s not enough to just focus on bricks and mortar. They need social connections, purposeful activity and a sense of self-worth alongside a place to call their own. I also saw the profound impact that getting involved in volunteering can have on people who have been homeless – changing their view of themselves often away from seeing themselves as takers to being givers and contributors with positive things to offer others – giving self-respect and self-confidence alongside motivation and purpose.

My third drive came through research undertaken for SVS on young homelessness in the city and then subsequently for my MA dissertation ‘No Place Like Home’ into women and homelessness which led me to understand the structural, economic and social inequalities which are the underpinning aspect of homelessness much more so than the consequence of any individual personal issues or inadequacies.

It is to our national shame that in one of the richest nations of the world we not only tolerate but actually compound a situation where vast numbers of our fellow human beings do not have their most basic of human needs fulfilled, i.e. access to a safe secure home in which to live and thrive. The politics and funding are undoubtedly complex and challenging but the morality is unequivocal – it is not socially right nor just that people do not have access to secure affordable homes as without that there is no foundation for their wellbeing  or future.

It can not be right that despite government support, a household was made homeless every 3½ hours in UK during the first three months of 2021 (source: The Big Issue based on analysis of Q1 2021 data from UK Finance / Ministry of Justice / Scottish Government) so I welcome the launch of the #StopMassHomelessness campaign which calls on governments to take immediate action to support people who are at risk of losing their homes and long-term action to end homelessness for good.

These are very briefly my personal reasons for strongly supporting the partnership work of the Southampton Street Support Action Group and to committing personally to the shared aim of Southampton being a city where no one needs to sleep rough or  to beg .