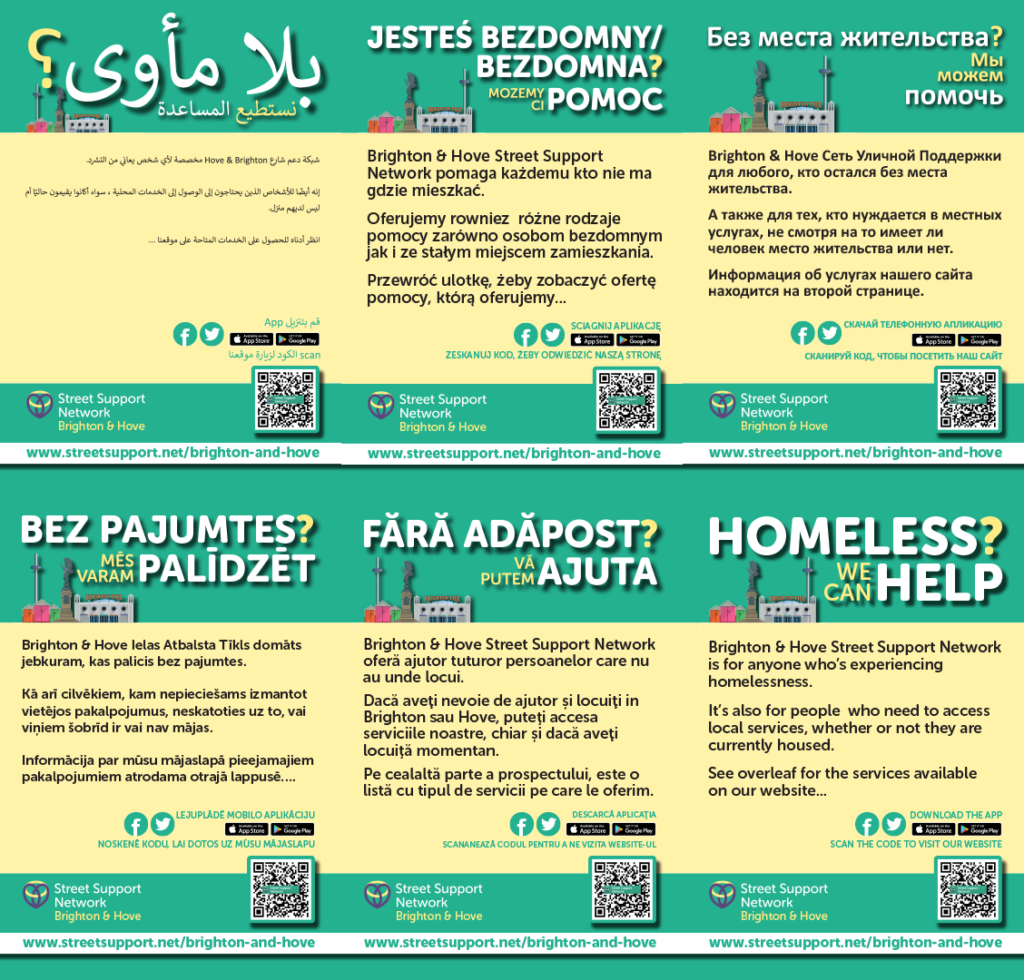 In addition to this, it was not long before outreach services and the local authority approached Street Support – Brighton & Hove asking whether flyers could be made available in other languages.  The list could be endless but it was soon honed down to the nationalities that outreach services were actually meeting on the street, especially those people who have very little English. To this end, flyers were produced in Arabic, Latvian, Polish, Romanian and Russian.

For projects interested in producing flyers in other languages and wishing to use the same design as Brighton & Hove, we can put you in touch with our design and print company but we are not able to provide translation services, this will have to be sourced in the locations. Get in touch with brightonandhove@streetsupport.net for more information.