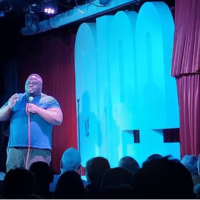 Some of the biggest names in comedy and light entertainment converged on Birmingham’s Glee Club in January to help raise money for Crisis UK at their annual Crisis At Christmas Comedy night. 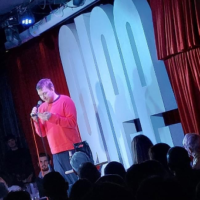 The Crisis at Christmas comedy night at the Glee in Birmingham is an annual event coordinated by Uzma Shaheen, West Midlands Regional Fundraising Coordinator for Crisis based at Crisis Skylight Birmingham. 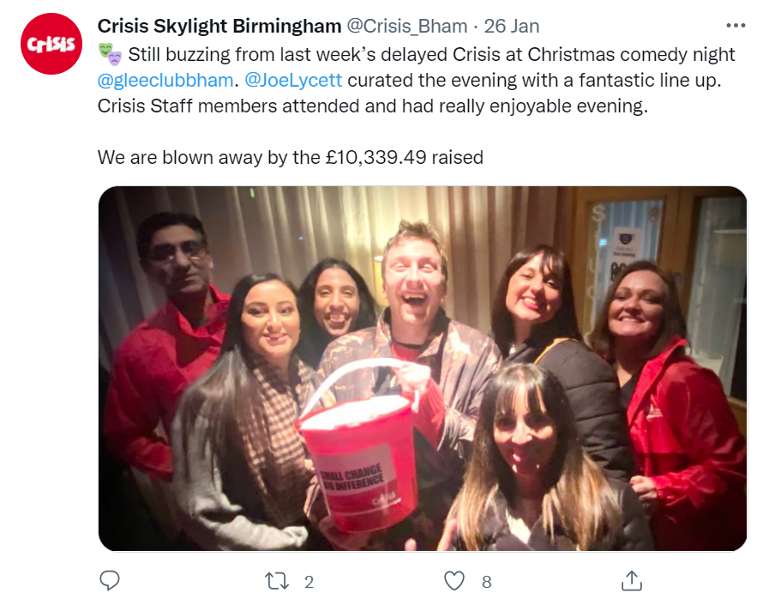 Over £10,000 was raised through ticket sales and on-the-night donations. The money will go directly to the work that Crisis does to support people at risk of or experiencing homelessness in the city of Birmingham. 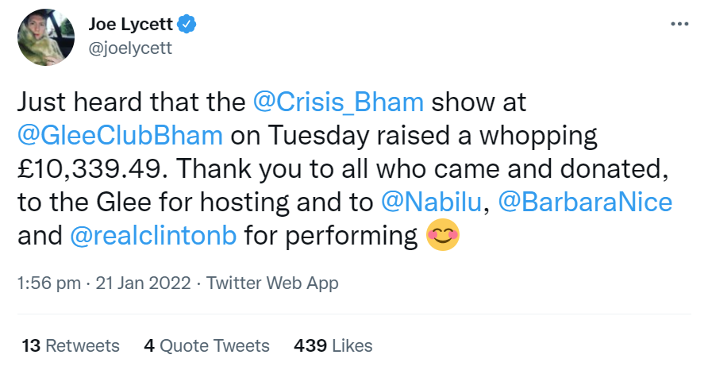