A couple of months ago, Greater Manchester Poverty Action published their 2022 Monitor. There’s some pretty alarming stuff in there. It shows how the Government’s levelling up agenda is failing the city and how poverty levels will continue to increase unless urgent action is taken. 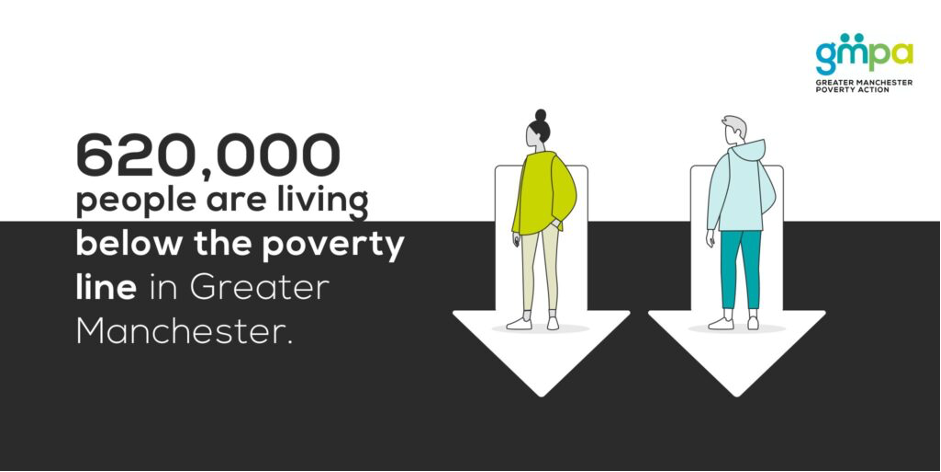 We believe that this is information that everyone needs to know. Poverty still has a real stigma attached to it – it’s still something that some consider a personal problem – but the more we can bring into the light of how many people are affected, the more we can understand it, and the harder it will be to ignore.

The monitor is easy-to-read, very thorough and totally eye-opening. It reports that:

Revealing the scale and nature of poverty in Greater Manchester, the monitor shows the huge range of people that are currently being affected by financial hardship. From educational attainment to unemployment to life expectancy, it highlights the contrast between Greater Manchester and the wealthiest areas of the country.

GMPA is warning that these inequalities will worsen unless there is urgent action from central government. Graham Whitham, Chief Executive of GMPA said:

The failure to adequately respond to the cost-of-living crisis means that 1.3 million more people nationally are at risk of being pushed into poverty. Prior to the pandemic, poverty was becoming more entrenched in already deprived areas across the country. The government needs to step in with an immediate response so people can meet basic everyday needs such as fuel and food, as well as implementing a national strategy to end poverty in the UK.

There are lots of reasons this monitor is important to us, but one of them of course, is that poverty and homelessness are inextricably linked. 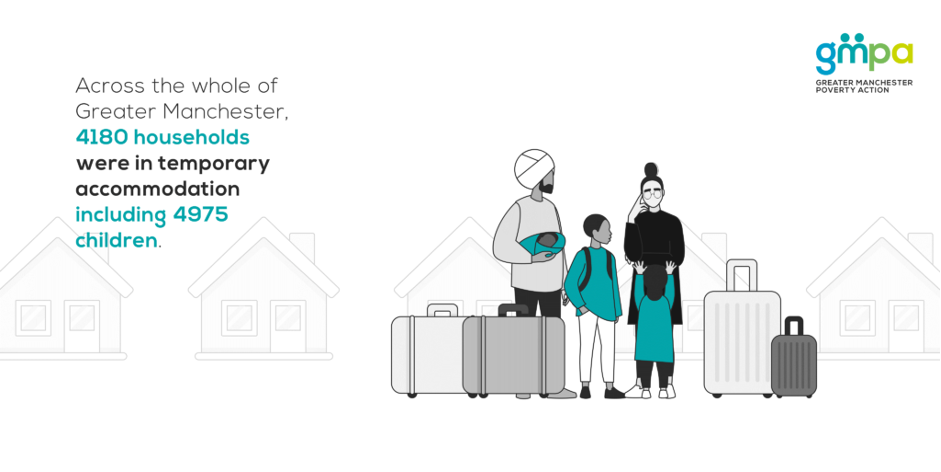 There’s a section of the monitor on homelessness we really recommend looking through – it details the number of households living in temporary accommodation in Greater Manchester and each of the city region’s ten boroughs, the number of rough sleepers across Greater Manchester and the number of homelessness duties in each area. Please do check it out, there’s interactive graphs that allow you to zoom in on different boroughs and categories and get a really accurate picture of the situation.

The span of the problem is enormous, and we need to learn everything we can about what we’re facing.

GMPA recently held an event where they detailed the monitor to 100 delegates and discussed local responses to poverty. It’s well worth a listen.

The first step to solving the problem is realising it’s there.