This month the MHP VOX POP Action Group (for people with personal experience of homelessness) focused on the recent PSPO consultation. This is what we heard… 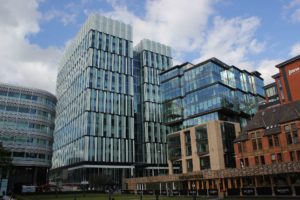 “Proposals have been drawn up following evidence-gathering and listening to the concerns of people and businesses about their experiences in the city centre. A PSPO would specify unacceptable behaviors, and give police and Council an extra tool to help tackle them, alongside existing powers and ongoing partnership work”.
(Extract from consultation – hard copy quote)

Before detailing the main points outlined as unacceptable/antisocial behavior in the consultation document, some additional and pertinent questions were raised and further open questions asked:

MCC’s Neighbourhoods Antisocial Behavior Team. Q. Do the authors of the consultation live in the city and was it co-produced with any people the document might affect?

Who and what does the PSPO serve to protect?

Businesses, families, general GM economy, shoppers & tourists, citizens. Q. Does this include people who may themselves be sleeping rough/unhoused?.

Who is this PSPO directed at and who will it potentially criminalise?

“It feels like it’s particularly aimed at people who are homeless”.
(MHP Vox Pop)

To follow, some of the antisocial/unacceptable behavior points in the PSPO discussed by the Action Group

“Rather than further criminalising some of the most vulnerable people in society, would it not be financially and ethically beneficial to provide safe and supported places for injection and needle exchange?”
(MHP Vox Pop)

Urinating or defecating in a public space (except a toilet)

“If you have nowhere to live, where else can you relieve yourself?”
(MHP Vox Pop)

Simple fact is, there are not enough public toilets in Manchester. Imagine if you have not been able to wash yourself properly or clean your clothes, it’s very unlikely you will be permitted to use the facilities in shops, restaurants. It should also be noted that people leaving clubs and pubs may also find themselves caught short.

Many questions raised. What is meant by aggressive/intimidating begging? People begging outside a cashpoint? Approaching people to ask for money? Is sitting down on the pavement with a paper cup seen to be ‘passive begging’? A point was raised that perhaps people are earning a reasonable ‘living’ from begging.

“What would people otherwise be doing if they weren’t asking for money?”
(MHP Vox Pop)

There are many assumptions and a lot of hearsay around people begging. For example, people coming into the city who are actually housed – surely there is a deep-rooted  problem here to be addressed compassionately?

“I think some people come into the city to beg because of austerity cuts, because they are being trafficked, because they have an addiction to satisfy or simply to pay for bills”.
(MHP Vox Pop)

People who approach you in the street from charities, broadband suppliers or power companies. Are they not begging? Is this not intimidating or aggressive?

Occupying a tent or other temporary structure in a manner that is likely to create a health and safety risk for other people.

“If I am safely housed, why on earth would I pitch a tent in the centre of town? And what exactly is the health and safety risk?”
(MHP Vox Pop)

Discussed was the possibility of temporary ‘sites’ for people to erect their tents whilst awaiting housing solutions and dedicated, secure storage spaces for what few belongings people may have.

“What may seem like litter to some people may actually be a person’s only belongings.. We need more humane solutions”
(MHP Vox Pop)

Should there be a PSPO in Manchester? 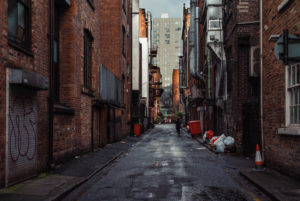 The overriding consensus amongst the group was NO giving rise to further questions. What is the cost of criminalisation (ie how much has this cost so far and what are the projected costs?) balanced against the cost of support solutions?

“It feels like we are trying to sweep people who are most likely weak, poor, vulnerable and disenfranchised under the carpet. If only these people were fortunate enough to have a carpet themselves”
(MHP Vox Pop)

“All the energy, time and money spent by Manchester City Council pushing this through – why is this seen as a priority?”
(MHP Vox Pop)

Please follow the link to read a recent  university research paper which very much echoes the concerns and questions raised by this group. It’s well worth a read.

Extract from ‘Conclusions’
‘Any policies which have a major, negative impact on the lives of an acutely disadvantaged group cannot be justified by reference to a marginal gain for a (on the whole) less disadvantaged group’. Fitzpatrick and Jones (2005: 397). Therefore, local councils that justify prohibiting behaviours associated with street sleeping homelessness through PSPOs are excluding and potentially criminalising some of the most vulnerable people in their community by creating new civility agendas to appease and prioritise the experiences of those in least need, which further decreases tolerance levels.

Furthermore, the lack of scrutiny over the types of prohibitions being imposed, gives local councils free reign to set new local civility agendas that, at present, appear to be targeting, amongst others, the behaviours associated with street sleeping homeless people. In such a contested terrain as public space, it is difficult to balance the needs of victims, the public, and the ‘perpetrator’. Local councils and other stakeholders faced with this challenge experience conflict when creating a PSPO and, due to the financial pressures of austerity on wider public services, are likely not to please everyone.

As a result of these issues, a range of empirical research is required to better understand:

1) How local councils navigate the decision-making process for conceiving and implementing a PSPO;
2) How the introduction of a PSPO impacts on the amount of ASB in that area;
3) How PSPOs affect the perpetrators of ASB, in terms of the sanctions they receive and whether their ASB ceases or displaces;
4) Whether some local councils make greater/lesser use of PSPOs and why; and
5) The effect of differing policy responses to ASB in relation to public attitudes and tolerance levels.

In sum, PSPO powers do not appear to be the mechanism to solve behavioural tensions in public spaces, as simply banning certain behaviours is likely to displace the problem and counteract efforts to integrate marginalised groups into mainstream society (Beckett and Herbert, 2009). The introduction of these powers has promulgated a new era in behavioural regulation in England and Wales, without increasing the opportunities for community building and inclusion. Such new frontiers of exclusion and criminalisation appear to be hurting the vulnerable in our society most, rather than making life better for victims of ASB.

If you want to submit YOUR VIEWS on the proposed PSPO, the deadline is 8th April:

Thanks to everyone involved with this MHP Action Group, and thank you for taking the time to read this and for your consideration. 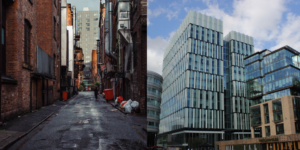