Unfortunately, many homeless people have had difficult childhoods entwined with social services, typically finding themselves in and out of care. Carrie’s story followed this pattern.

Throughout her life, Carrie had a tumultuous relationship with her parents. At an early age, a violent relationship drove Carrie and her mother away to a women’s refuge, where her mother met a new partner. Carrie remembers that this person acted as more of a parent to her than her own mother which prompted her to run away on many occasions – a cry for help. After this came another partner, who ultimately ended up going to prison. This string of unsuccessful relationships and instability took its toll on Carrie’s Mother, leaving her as an alcoholic, and on Carrie too – who began using heroin at 13. 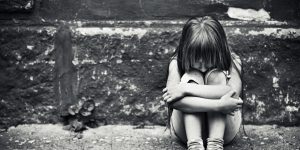 Carrie then found herself in The Elm’s Children’s home, and after issues with drugs being found on the premises (and Carrie being assumed to be at fault) she was moved to Middlegate Lodge – a rehabilitation centre.

Later in life, after getting out of an abusive relationship, Carrie began working to get clean from methadone attending detox sessions. Sometimes, during these detox sessions, Carrie’s mother would turn up drunk. Carrie’s doctor advised her that confrontations with her mum tended to trigger her drug use it wasn’t long till her relationship with her mum hit breaking point.

Since the detox sessions, Carrie has managed to stay clean for the last 10 years. Her ambition now being to continue her journey out of homelessness and work towards becoming a drug mentor.